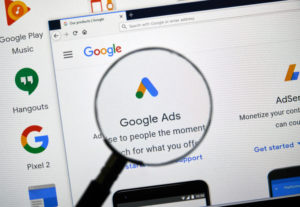 Google updated its Financial products and services policy this month to restrict the advertisement of debt settlement, debt management services and introduce a ban to ads for credit repair services.

Ads for debt settlement and debt management services (i.e. “debt services” as termed by Google) are now only allowed to serve in the United Kingdom if the advertiser is certified by Google. In order for the advertiser to be certified by Google the advertiser must be (1) either a licensed insolvency practitioner regulated by a Recognised Professional Body or an FCA authorised debt management firm with the permissions to carry out debt counselling, debt adjusting and to hold client money and (2) the provider of the advertised debt services must either be a licensed insolvency practitioner or be FCA authorised with the aforementioned permissions.

It is interesting to note that, with the exception of the United States where Google restricts the advertisement of debt services to approved not-for-profit organisations only, the advertising restrictions in the revised policy, as applicable in the United Kingdom, appear to be more onerous than its application in other jurisdictions. For example, the revised policy’s application in Australia and South Africa permits advertisers to advertise ads promoting debt services so long as they are appropriately authorised with their national competent authority or FCA equivalent (i.e. the Australian Financial Services Authority or, in South Africa, the National Credit Regulator) without further prescriptions about permissions or other particulars relating to authorisation.

Google’s objective in revising its Financial products and services policy is to “…provide further protections for vulnerable users who come to Google for information on how to remedy their debt or credit problems” (Matthew Lavine, product policy specialist, Google). Google made a decision to revise its policy as a result of its global policy teams consulting debt advice charities and being made aware of the potential consumer harms being caused through unclear, unfair and misleading advertising practices on the Google platform relating to debt services.

StepChange further defined the mischief that the revised policy seeks to address, namely an increase in the number of unregulated lead generation firms that have entered the debt management market. Some of these third-party intermediaries, who sell “hot leads”, often to the highest bidder, have been advertising against search terms that would typically be used by people searching online for reputable debt charities.

It is unclear whether the mischief in this space is heightened in the United Kingdom (and the United States) hence the stricter restrictions. It is interesting to note that StepChange allocates the consumer harm in this sector as being caused by “unregulated lead generation firms”. I had a conference call with a debt management applicant and the FCA earlier this week in the context of an authorisation application. It was interesting to note that one of the FCA’s Technical Specialists commented that he felt Google’s advertising restrictions in the United Kingdom appear to be excessive to address the mischief in this sector by not simply restricting the advertisement of debt services to licensed insolvency practitioners and FCA authorised debt counselling and debt adjusting firms but adding the requirement to have permissions to hold client money. We discussed that Google’s advertising restrictions, although securing an appropriate degree of consumer protection, has the potential effect of penalising legitimate, FCA authorised debt packaging firms and debt management firms that do not hold client money from advertising debt services when the FCA’s Principles for Businesses and Conduct Rules already govern their marketing practices.

The FCA made the following comments about Google’s revisions to its policy:

Points of Clarification – An Alternative Viewpoint

The FCA’s statement shows an acknowledgement that unauthorised firms are the agents of consumer harm in the debt sector through unfair advertising practices. If so, it could be argued that a more effective measure to address this mischief would be for the regulatory perimeter for debt-related regulated activities to be extended to capture lead generation activities relating to debt services (similar to the existing regulatory perimeter that captures lead generation activities within the claims management sector). This would have the effect of ensuring that all unauthorised lead generators within the debt sector, similar to lead generating CMCs, go through the authorisation gateway and are required to demonstrate that they satisfy the threshold conditions in order to continue to operate in the sector. This will have the natural effect of causing the “fraudsters” and firms with a non-TCF culture to exit the sector or be prevented by the FCA from continuing to conduct business with this category of vulnerable consumers.

Speak to us to find out how we can help you: